P.I.C. Publishing
"P.I.C. Publishing" was created as an umbrella business name for the combined artistic works of Dean and Giasone ("G") Italiano. We are not a standard publishing company, and are not looking for submissions. However, we are looking to work for/with you on various projects. If you need a song for a movie, a story idea, or artwork, please contact us. We look forward to working with you!

Keep scrolling to learn more about us individually... (Tommy and Kaden are included below as well) 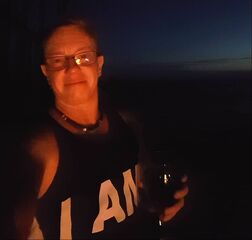 Dean Italiano is a writer, artist, and musician. He was born and raised in Hamilton, Ontario, and went to Bishop Ryan High School. Dean attended the University of Waterloo and then stayed in the city to raise a family.
By day, "Mr. I" is a mild-mannered Library Clerk at an Elementary School. You might find it interesting to read some personal stuff on this blog. You can also peek at this listing on IMDB.
​
Writing Background:
First published in 2001, Dean has since gone on to publish short stories, poetry and novels. Please see the Writing page for a full list of publications. Works in progress include a soft Sci-Fi novel, short stories, and on the back burner is a graphic novel. Conventions attended include: Horrorfind, World Horror, Bram Stoker Awards, Ad Astra, ConFusion, GenreCon. Founder of the writing group "Writing in the 'Loo" until 2015.

With experience in pencil, watercolour, and acrylics, you are welcome to buy a painting directly, or you can find prints here. To see photos of previously sold or older works, visit the Art page.

Music Background:
Classically trained on piano as a child, Dean reached Grade Eight Piano while in Grade Eight at school, which led to performing in competitions two years in a row. Dean also spent many years singing in choirs, as well as singing in plays and at high school graduation.
Years later, G invited Dean to play bass for the band, Home Brew, which later became Bertha's Attic. They attended songwriting conferences and songwriting groups both in Waterloo and Toronto. This lead to the writing of "Every Day is Mother's Day" which received Honourable Mention in the Unisong contest in 2005. The Johnny Gruesome Project began in 2007 and the movie was released in 2019. Dean's solo venture "Thursday Morning" received an Honorable Mention in the Blues Category, in the 2009 Unisong International Songwriting Contest.
Although Classically trained, Dean also enjoys Jazz, Blues, Adult Contemporary, Folk, Rock, Heavy Metal, Punk, and Raggae. 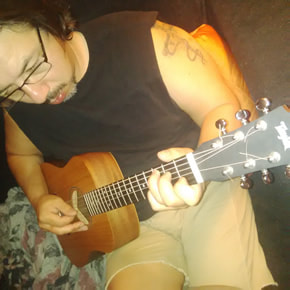 Giasone ("G") Italiano is a singer/songwriter from Waterloo, Ontario, who has been writing and performing music for over 20 years.
G works as a Re-Engagement teacher for the Waterloo public school board. An avid fan of horror, there is a long list of movies, TV shows, and books yet to be discovered. Here are a few Pics for you to enjoy, and you can also check out this IMDB listing.
Musical Background:
Awards include...
Certificate of achievement for being a finalist in the Unisong International Song Contest in...
2007 for the song "Graveyard Blues" written with Dean
2006 for the song "Everyday is Mother's Day" written with Dean
2000 for the songs"For The First Time" and "Give Me A Try" and recognized for making it to the final voting round out of almost 4000 competing songs
1998 for the songs "Can't Deny Heaven" and "For The Ride"
1997 for the song "Hard To Be Hateful"
Awarded a 1998 Professional Publisher's and Song writing Demo Award from FACTOR. (Canadian government artistic grant.) 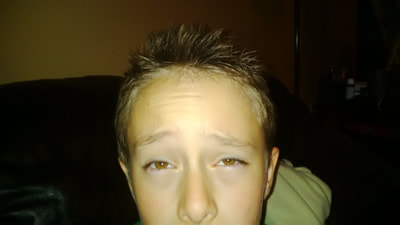 Kaden Italiano is an elementary school student in Waterloo, Ontario.

Writing Background:
K wrote his first five-page book in November 2014 called, "Supr Kaden and the Dragin, Part 1." Kaden isn't sure if there is going to be a sequel. Conventions attended include: Ad Astra, where K met Julie Czerneda, who had read, and complimented him on his story.
Thanks to those who have supported this first writing endeavor.

Music Background:
Kaden lead a younger class in the singing of O Canada at the school talent show. He also sang in the Kodaly Choir at Centre in the Square in 2019. The album "From Skull Tavern" features Kaden on vocals during the chorus of the song, "Dark Halloween."

Sports Background:
Kaden is primarily a Basketball player, but has also enjoyed Flag Football. K has also participated in Karate, soccer, swimming, rock climbing, and enjoys watching baseball (Go Jays!) and both the NFL and CFL. 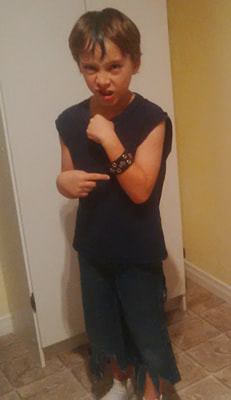 Tom Italiano is an elementary school student in Waterloo, Ontario.

Writing Background:
Tom wrote his first four-page book in October 2016 called, "The Magic Books." Conventions attended: Ad Astra in Toronto.
Thanks to those who have supported this first writing endeavor.

Music Background:
The album "From Skull Tavern" features Tom on vocals during the chorus of the song, "Dark Halloween."